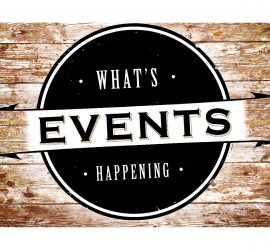 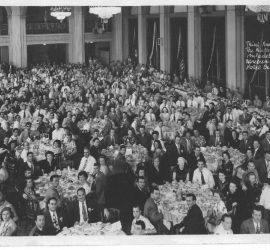 About – Written by Terry Barnhart 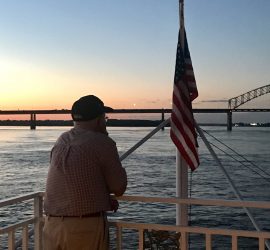 Read more »
Our Mission - This Association was formed by the officers and men of the 9th Infantry Division in order to perpetuate the memory of our fallen comrades, to preserve the esprit de corps of the Division, to assist in promoting an everlasting world peace exclusively by means of educational activities and to serve as an information bureau about the 9th Infantry Division.
The Ninth Infantry Division Association is made up of our esteemed 9th Infantry veterans from WWII and Vietnam, spouses, widows and lineal descendants. Today, the Association is predominately made up of sons and daughters of our vets.
The Association is dedicated to growing our membership, including an increasing number of Vietnam veterans and their families. We hold an Annual Meeting and Reunion each year and reach out to members through our quarterly Octofoil newsletter and this website.
We are governed by a Board of Governors and have various committees to also guide the Association forward.
Welcome to the 9thinfantry.org website!

The 9th Infantry Division (Division) was first activated during World War I, but was never deployed to Europe.  Soon after the Great War, the Division was demobilized in 1919 and re-designated a regular Army unit in 1923 and placed on the inactive list.

On August 1, 1940, the 9th Division was reactivated and began training at Ft. Bragg, NC.  The 9th Division was re-designated 9th Infantry Division August 1, 1942 and was deployed to North Africa in November 1942.  The Division fought in eight campaigns in the European Theater from North Africa to the Elbe River in eastern Germany which included an amphibious landing in Sicily.  The Division endured 23,277 causalities during WWII, the second highest causality rate among the 91 divisions during the war. (Source: Army Battle Casualties & Non-battle Deaths in WWII, Final Report, 1 December 1941-31 December 1946 Mediterranean & Europe.)

The Association was formed by the officers and men in May/June 1945 immediately following the conclusion of hostilities in Germany.  The first reunion was held in New York City the next year and has held a national reunion every year since. The 75th Reunion will be held at Ft. Bragg next year.  Recently, the Association changed from a 501(C) 19 veterans group to a 501(C) 3 not-for-profit group.